Artificial intelligence has become an inseparable part of the European industry. However, its rapid growth and also a wide variety of applications raise fears of its security and its ethical use. A recent research of the European commission shows that there is a diversity of views on this issue.

The current research done by the European Commission has focused on civil security, privacy and liberties when using artificial intelligence. Its aim was to provide the material for the preparation of legislative measures. According to the European Commission, it is principally the risk of misuse of personal data, invasion of privacy and racial, gender or sexual orientation discrimination. Is is also the issue of self-driving cars, their safety and the responsibility for damage or injury. Another important point to be mentioned is that the facial recognition system is not flawless either due to using technologies for the recognition of faces without a sufficient legal control.

Both the member states and the countries such as India, China, Japan, Brazil, Mexico, Canada, USA or GB responded to the research. It shows that the respondents are aware of the wide range of risks of artificial intelligence. The majority has agreed with the fact that it might result in the invasion of privacy.

Almost one half of the respondents have agreed on the fact that it is essential to prepare a new legal framework which will regulate artificial intelligence. On the contrary, over 30 percent of the respondents have responded that an adjustment of contemporary legislation would be satisfactory. Only a tiny minority consider the existing legislation to be sufficient. What is remarkable is that over half of the repondents from the private sphere agree with the idea of a new regulating system of artificial intelligence.

The complete results of the research are to be published in the near future.

5 ways to relieve a headache 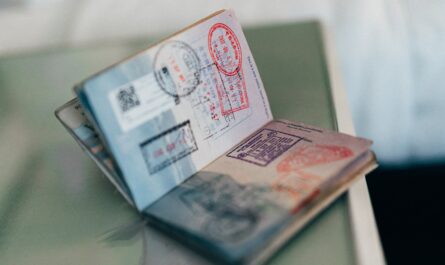 Taiwan is to alter the design of its passports, the English letters that spell ”Republic of China” will be removed

Astronomers have captured the greatest explosion of an unprecedented supernova